If you are looking for first-rate shopping and exceptional dining, glistening ocean views and immortal landmarks, and beach-culture to cultural refinement, welcome to La Jolla CA. The gem of Southern California that twinkles with the beauty of wholesome sunshine and eternal enchantment. Several minutes from downtown San Diego, the city is filled with sights and attractions that keep you captivated no matter how long you live in the area. No wonder the name means “The Jewel” in Spanish.

The region has its own distinctive qualities. On any given street, you will find a marvelous choice of places to dine serving fine cuisine. If you prefer a latte, you will find cozy cafes and internationally recognized restaurants with a convivial ambiance or you can select one of the more discreet neighborhood eateries. What they all have in common is a graciousness and charm. It’s just part of the city life and it shows in its diversity. 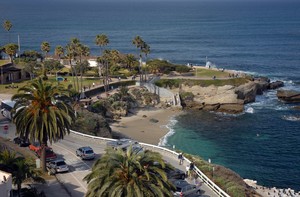 Southern California’s stunning coastline has graced the vicinity, earning it the title as “America’s Finest City.” Positioned twelve-miles north of Downtown, there’s jagged ocean-bluffs, lofty canyons, and impressive hillsides that advance all the way to Mount-Soledad. In addition, there’s a good deal to offer visitors and residence alike such as exceptional weather, events, and attractions. Moreover, because of its significance as an attraction for tourists, the town has been elected as a memorable commonality of local and statewide relevance by the California Coastal-Act.

The area is called home to roughly 32,000 residents who inhabit a little over 5,000 acres. Though the town remains a part of San Diego, it has managed to retain its unique charm and municipal pride. While smaller than the main city, it has just as much to offer such as the Scripps-Institution of Oceanography, the San Diego Museum of Contemporary-Art, the Stephen Birch-Aquarium, and of course, the University of California.

La Jolla is first and foremost residential with 58% of the population calling it home, with high segment of the population well educated. Roughly 65% of residents have a college degree or higher. Of the more than 14,000 housing-units, 72% of those are single-family residences. Additionally, the average estimated value of detached-homes is a bit above the $1million mark. Townhouses and other attached-units are valued at approximately $720,000. Median household revenue is roughly $81,000.

Until the mid-twentieth century, modest, one-family summer cottages positioned alongside the coastline or scattered within the township exemplified the vicinity. The borders of the town that most inhabitants touch upon are Prospect-Street, Girard-Avenue and Torrey-Pines Road, to Pearl-Street and La Jolla Boulevard. Nowadays, the town is primarily made up of various markets, offices, shops, and banks.

Because of the founding of the USC campus at San Diego in 1966, the town has experienced unbelievable expansion and land development. Today, the city calculates that the town is mostly built-out, so that outstanding development is infill.

Though part of a much larger and dynamic city, the town maintains its own zip code. It is bordered by the Pacific-Ocean on the west, on the north by USC, on the south by the kinship of Pacific-Beach, and on the East by Gilman-Drive, Interstate 5, and a segment of the development community of the University.

The township has developed a more cosmopolitan ambiance through the years; however, it has managed to retain a congenial resort environment, which is to be expected from “The Jewel” of Southern California!